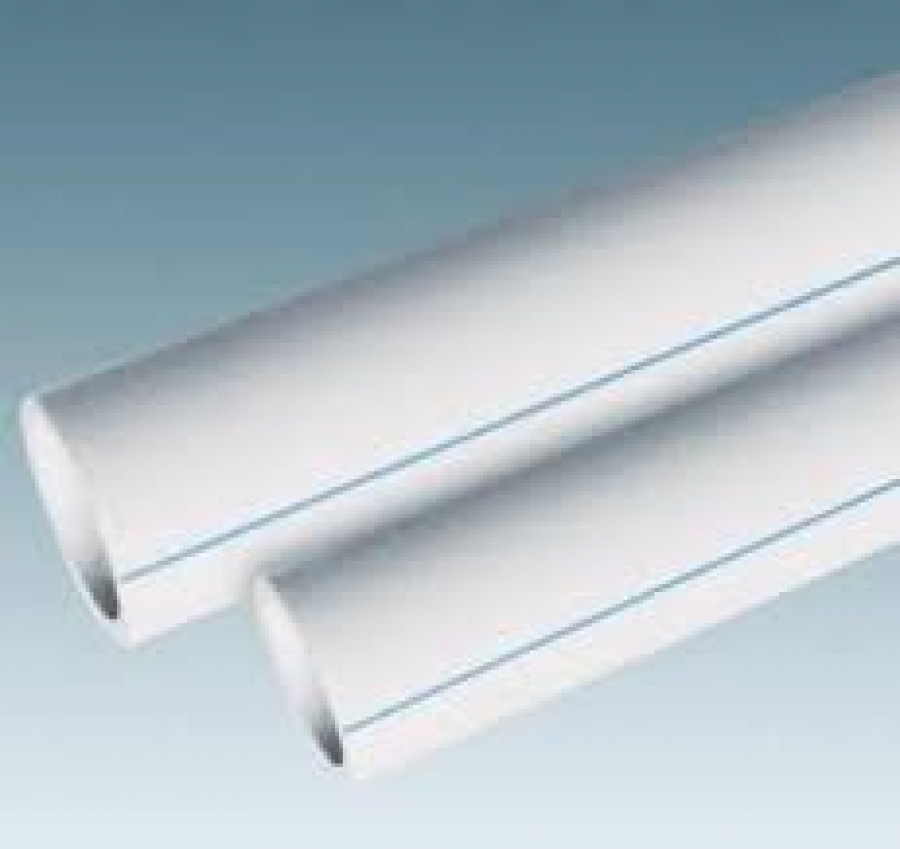 Selection of pipe’s dimension happen according to the working temperature and pressure (4-10 bar) compliance with the Table Nr.1.

Nominal dimensions and strength properties see below on the bottom of this page.

Structural properties of the polypropylene pipe.

At both execution/types the inner pipe is called, which is in direct connection with the heating-agent and meets the necessary requirements (lifetime, temperature, pressure, etc.)

It can be found only at NOOXYPIPE ®– 3 – a plastic preventing layer, which can reduce and stop through the wall of pipe the oxygen diffusion in the pipe.

It can be found only at NOOXYPIPE ®– 3 – Binding or adhesive layer, which help by sticking of inner layer (basic pipe) and outer layer

The layers of the three-layer NOOXYPIPE® – 3 PE – RT are developed during the production, and through its lifetime they cannot be broken off each other.

By multi-layer pipe the wall thickness is related only to the basic pipe!

Thickness of preventing and adhesive layer together: max. 0,12 mm

A non-dimensional number, which describe the strength of the pipe.

Lifetime: minimum 50 years, according to application experiences and calculations, supposing a pipe with recommended strength applied in heating systems, described in the Standard.

The pipe’s material can be damaged by UV radiation. Through a longer storage the pipe should be prevented from the damaging effects of weather (storage in roofed site).

Application and identification details are indicated by the producer on the outer surface of the pipe in every metre, which is well readable without any expedient.

Self-colour or according to customer’s requirements. Light transmission is according to MSZ EN ISO 15874 – 2 – 5.2

Dimension of pipes should be selected according to the expected / planned properties of the heating system, the selection of VSZM’s RANDOM POLIPROPILÉN pipes are suggested in the following table.:

Requirement: the strength should be lower, than in table Nr. 1.

In case of pipes, they are not prevented against oxygen diffusion – if necessary – in the heating network should be prevented those parts, which are capable for corrosion (separation with heat-changer, additive – inhibitor – in the heating system, application of non-corrode materials, etc.)

The PP-R under-floor heating pipes can be laid directly in concrete and suitable to make all kind of heating systems specified by the Standard MSZ-EN 1264-1; 1999.