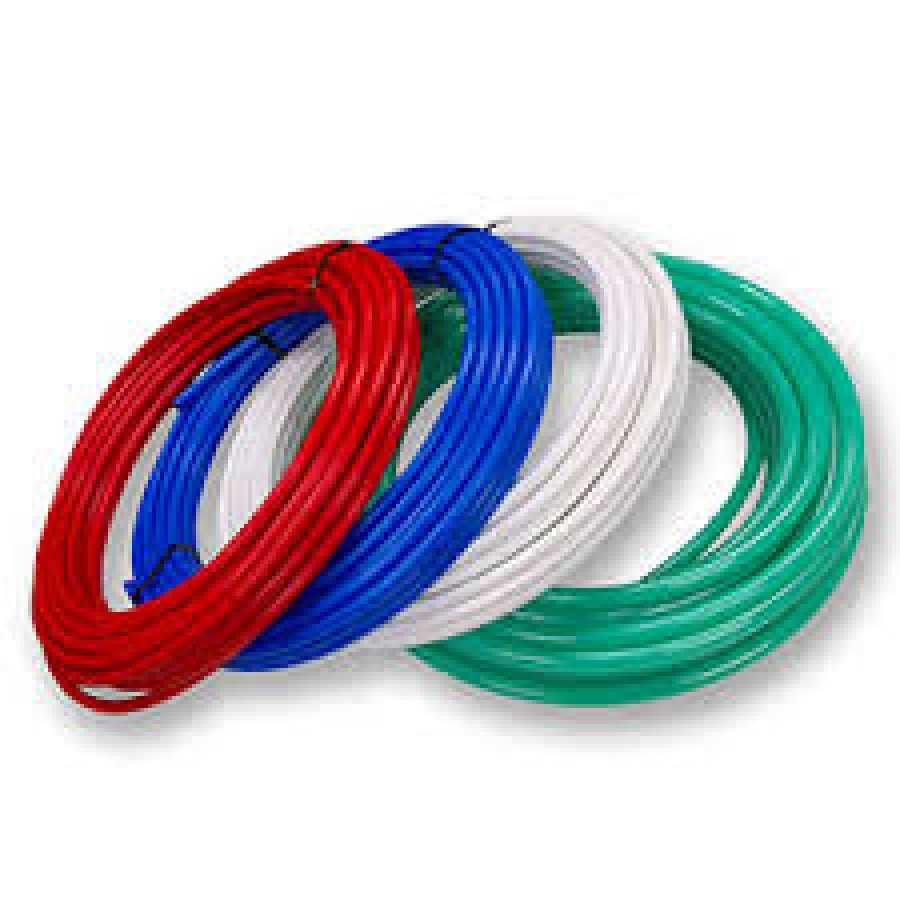 These pipe has not any preventing layer against oxygen diffusion, therefore in the heating network should be prevented those parts, which are capable for corrosion (separation with heat-changer, additive – inhibitor – in the heating system, application of non-corrode materials, etc.).

Structural properties of the polyethylene pipes with increased heat-proof quality:

Basic pipe: At both execution/types the inner pipe is called, which is in direct connection with the heating-agent and meets the necessary requirements (lifetime, temperature, pressure, etc.)
Material: Polyethylene with increased heat-proof quality – marking – PE – RT

Outer layer: It can be found only at NOOXYPIPE ®– 3 – a plastic preventing layer, which can reduce and stop through the wall of pipe the oxygen diffusion in the pipe.
Material: Ethylene – vinyl-alcohol ( EVOH ) copolymer

Middle layer: It can be found only at NOOXYPIPE ®– 3 – Binding or adhesive layer, which help by sticking of inner layer (basic pipe) and outer layer

Material: special plastic polymer The layers of the three-layer NOOXYPIPE® – 3 PE – RT are developed during the production, and through its lifetime they cannot be broken off each other.

Raw material: Ethylene-octen copolymer with increased heat-proof quality and medium density, which meets the requirements of prescription VSZM – AS 19 / 00

Dimensions and tolerances meets the requirements of Standard’s prescription DIN 16834 : 2001.

By multi-layer pipe the wall thickness is related only to the basic pipe!

Thickness of preventing and adhesive layer together: max. 0,12 mm

Strength caracteristics: A non-dimensional number, which describe the strength of the pipe.

Lifetime: minimum 50 years, according to application experiences and calculations, supposing a pipe with recommended rigidity applied in heating systems, described in the Standard.

Smooth outer and inner surface. On the outer surface any scratches, which can be damaging the preventing layer are not permitted. On the inner surface some linear slight scratches, which developed during the production and does not influence the rigidity and lifetime of the pipe can be permitted.
Bending radius: min. 5 d
Degree of Oxygen diffusion : less, than 0,1 g/m3/day
Linear coefficient of thermal expansion: according to Standard DIN 52612: 1,95 exp – 4 / k

The pipe’s material can be damaged by UV radiation. Through a longer storage the pipe should be prevented from the damaging effects of weather (storage in roofed site)

Application and identification details are indicated by the producer on the outer surface of the pipe in every metre, which is well readable without any expedient.

Application guide: –  The heating system should be planned by a responsible designer and according to the plans should be completed and put in working by the guidance and control of a qualified technician. The maintenance should be identified by the designer.